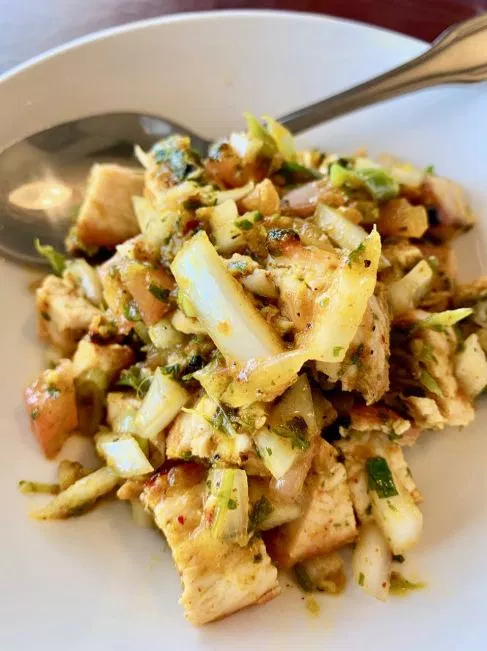 The bride and I recently spent a week in New York City where, amidst hiking more than 150,000 steps (64 miles!), we visited a dozen of Manhattan Island’s more than 26,000 (!!!) restaurants. With such an amazing collection of chow-slingers and an equally diverse population, the food scene in New York is truly global. While Austin doesn’t remotely approach NYC for culinary diversity, we have our moments, including Saffron on Far West Boulevard.

Saffron primarily pitches itself as contemporary Indian cuisine (“INDIAN FUSION” yawps the sign out front), but the real draw for the culinary adventurer is the Nepali food sprinkled throughout the menu. My over-simplified assessment of Nepali cuisine is that, due to Nepal’s position between Tibet and India, Nepal’s food is a fusion of both neighbors. There are rice dishes, curries, lentils, chutnis, stir frys, and dumplings. However, Nepal brings its own game to the plate with a preference for pickles, mustard oil, and its own mix of spices (typically salt, ginger, garlic, timmur, fenugreek, turmeric, cumin, cilantro, asafoetida, and green chillies).

I can’t say that I know boo about Nepali food, but one of my visits to Saffron was with a friend–let’s call her Anne Jeanie–born and raised in eastern Nepal. As she perused the menu, Anne was pleasantly surprised to see choila on the menu, a Nepali specialty (char-broiled chicken cubes tossed in raw spices with a hint of virgin mustard oil; $7). According to Anne, choila should be painfully spicy. While I found Saffron’s choila gorgeous and delicious, it was as spicy as Heinz ketchup. While Anne was politely silent on the choila, she thought the Kathmandu Kothey MoMo, Tibetan-style street dumplings with Nepalese spices, were spot-on, steamed over stock and then pan fried on one side ($6). “You’re supposed to eat them whole,” she gently prodded me after I forked one in two. We also tried a Nepali daily special: shrimp swimming in a sunburn-colored sauce. Anne noted that the native dish is made with freshwater prawns (locally unavailable, although the San Marcos River sports 12-inch specimens).

The food is good, but the service is a bit iffy in this stripmalled eatery. One evening my entrée arrived some 15 minutes after the bride’s (fortunately, Saffron’s food is sharable [and the bride was in a sharing mood]), and, despite a long conversation with Anne about her Nepali roots and the menu, our waiter didn’t inquire about accurately spicing our order, an option I noticed on a later visit. Nonetheless, if your stomach is feeling adventurous, Saffron is worth a moment (and a MoMo) of your time for a taste of the Himalayas and its aproned plains. 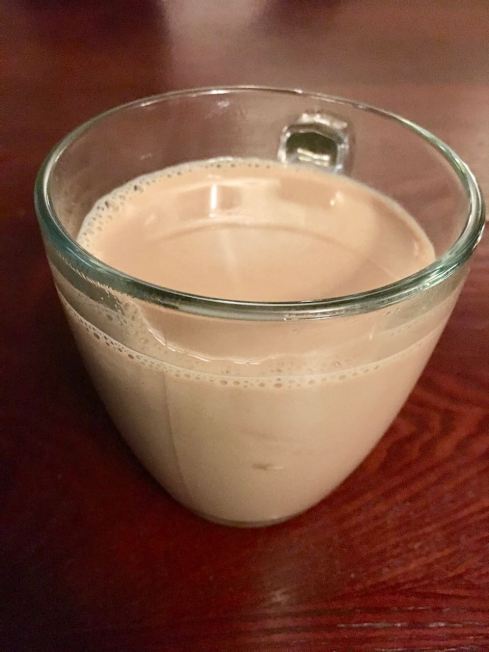 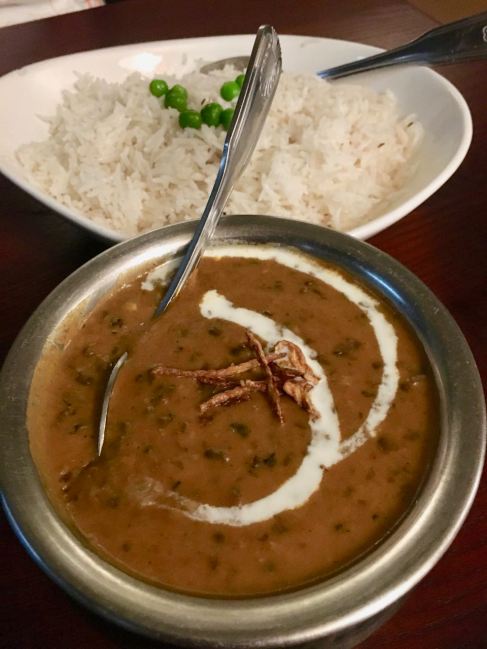 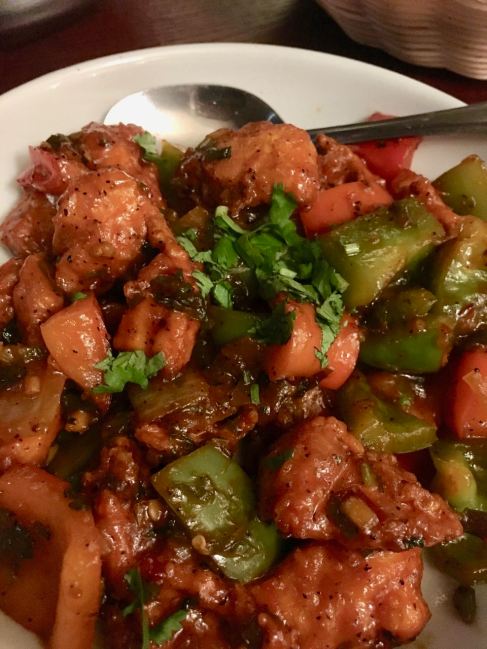 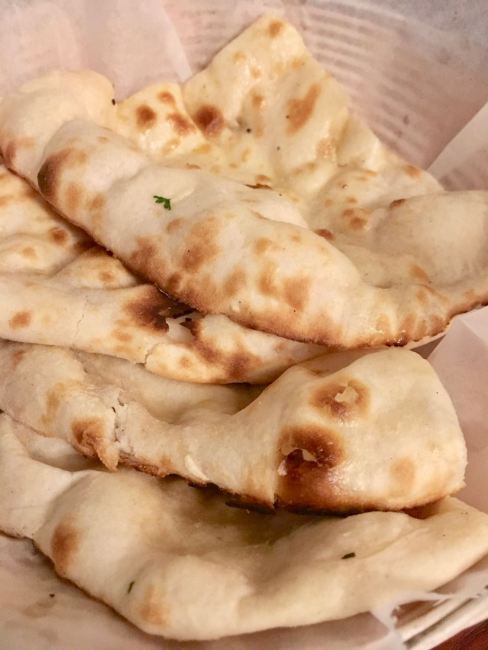 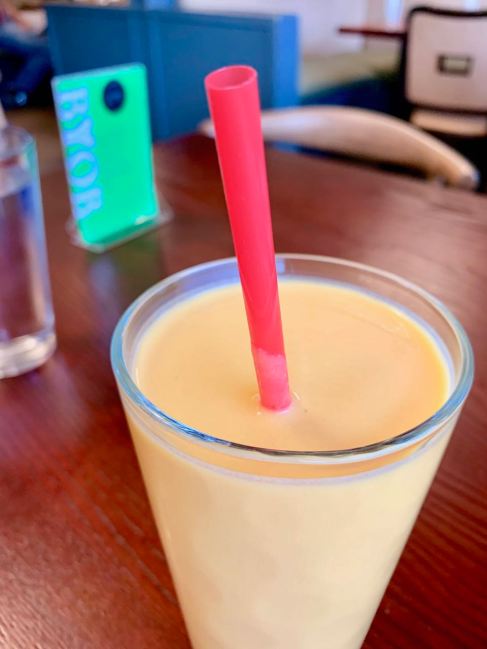 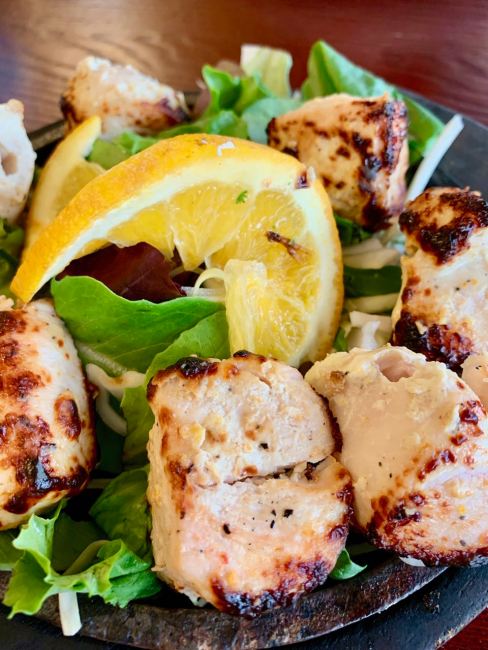 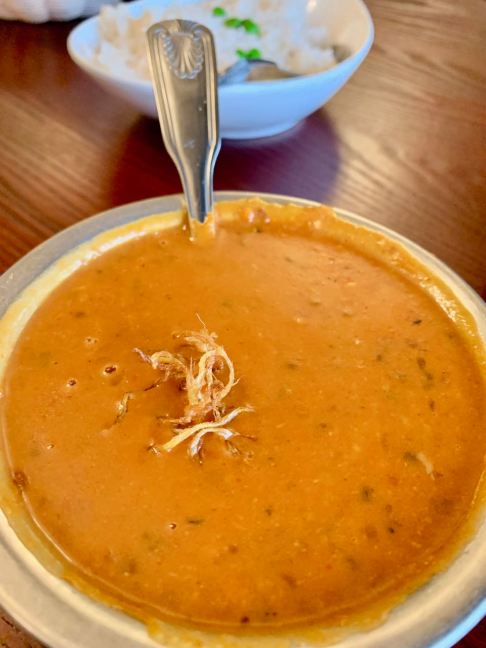 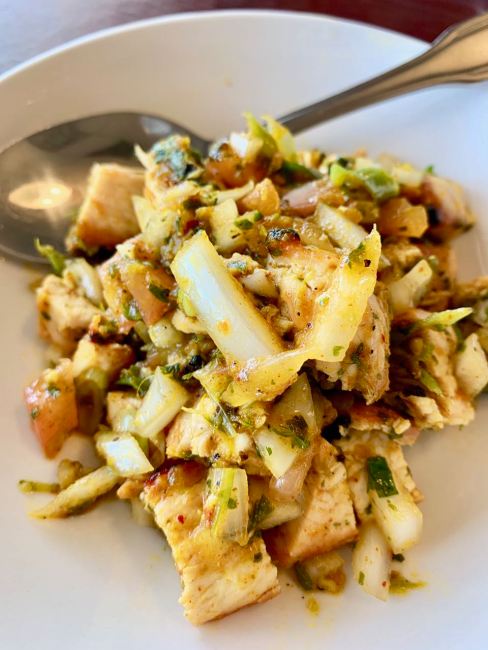