After 30 years in business, Suzi’s China Grill closed right before Christmas. The owner, Suzi Yi, decided to retire, something she is able to do with rents coming in from the new building. Suzi already lined up a new tenant, the northern expansion for District Kitchen + Cocktails which specialize in New American cuisine (and won a baking competition last year on Netflix’s Sugar Rush).

Getting a good buzz on NextDoor is Cielo Bistro Mexico in the former location of El Arroyo on Woodhollow off of Far West. After strolling up to the stormwater retention pond off of Great Northern one day and seeing the pedestrian bridge to Far West, I realized that I need to visit eateries west of MoPac (including highly rated Saffron and Biderman’s Deli) that are “just across the street” from our ‘hood. High 5, the replacement for the Goodnight bowling operation on Anderson, opened in November.

Daphne’s Mediterranean out of California bought the sadly bankrupt Noon (formerly known as Vert’s) and will begin rebranding in March. Daphne’s will keep Noon’s bowls and add its Greek food to the menu. Also renaming itself is Stubb’s Bar-B-Que next to Lala’s Little Nugget, now named Do-Rite Barbecue. Stubb’s downtown expanded slightly, which drew the ire of the company it sold its sauce to, resulting in the name change of not only its satellites but also, eventually, of the original downtown location.

Recently reviewed Kiwami Ramen closed and is now Red Pepper Szechuan. Wild Chix & Waffles shut down briefly in November to reopen as gluten-free, and Citizen Eatery has gone full vegan. Something that’s not moving fast is the sign for Noori’s Grill after Noori took over Tinos Greek Café. Speaking of slow, I was able to peek into the forthcoming Dip Dip Dip Tatsu-Ya on a recent run to Tacodeli, and the Ya looks almost ready for business. Another month or two?

Our neighborhood restaurants continue to earn accolades. Eater gave The Peached Tortilla a shout-out as a top happy hour for cheap eats and drinks and included it along with Biderman’s Deli and Fonda San Miguel as part of its top 38. Eater also bequeathed Epoch Coffee as excellent. The Austin American-Statesman’s Matthew Odam, who recently released his list of Austin’s 50 best restaurants, recently ate at Eldorado and gave it his top spot on his list of Should-Have-Been-In-My-Top-50.

In its top ten sips, the Austin Chronicle included Jack Allen’s Kitchen at #2 for its Garrison Brothers Small Batch single barrel whiskeys, Hopdoddy at #9 for its Little Larry (a miniature margarita), and Eldorado at #10 for its off-menu Sandinista and Tamarindo. The Chronicle also placed Jack Allen’s Fat Jack Burger at #4 as Local Taste of Heaven and Eldorado’s biscuits at #5 as a Carby Treat. Phoenicia Bakery & Deli came in at #4 for grocery stores.

Pat Sharpe of Texas Monthly listed Barley Swine, Tacodeli, and epicerie among his best Austin restaurant standbys. Tom Thorton of Eater Austin listed Noble Sandwich and Erin Russell, also of Eater, listed Jack Allen’s Kitchen as standbys. Tribeza named Steven Dilley, the owner of Bufalina, as one of its people of year, and Business Insider named Torchy’s Tacos the best chain they ate at in 2018. They don’t call ‘em Damn Good Tacos for nothing! 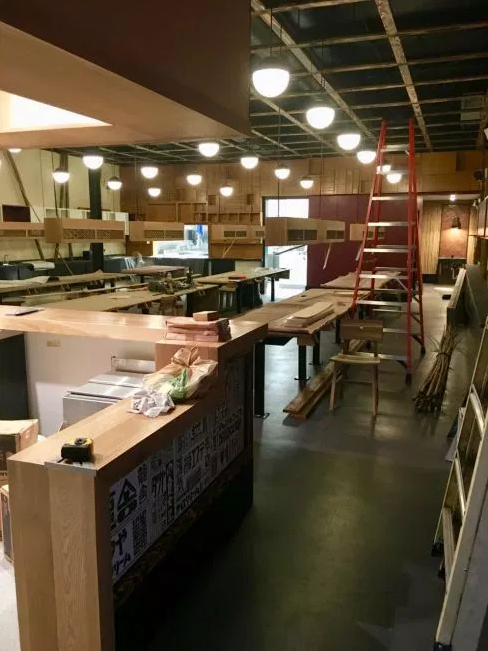