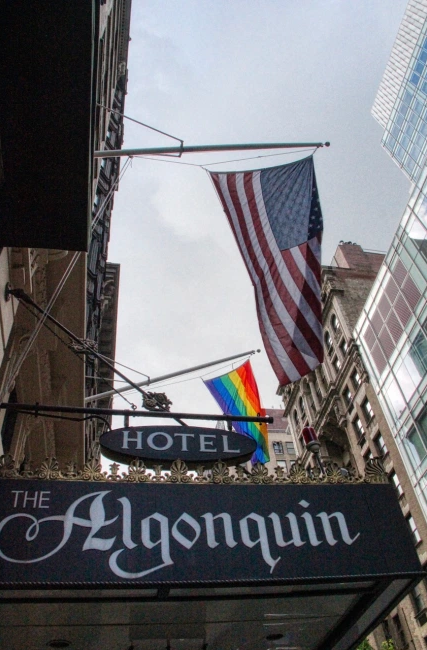 I adore Dorothy Parker, the sassy satirical writer of 1920s New York, so we had to stop in to eat at the Algonquin Hotel last year to see the infamous round table where Dorothy and a number of notable friends held daily court during lunch starting in 1919. Dot Parker is famous for her caustic wit:

“You can lead a horticulture, but you can’t make her think.”

“Beauty is only skin deep, but ugly goes clean to the bone.”

“One more drink and I’ll be under the host.”

“I’d rather have a bottle in front of me than a frontal lobotomy.”

“I require three things in a man: he must be handsome, ruthless, and stupid.”

“Excuse my dust.” (epitaph on her final resting place)

We arrived for brunch at the Round Table Restaurant and were seated with a fine view of the hallowed ground, now graced with a portrait caricature of round table members. The bride ordered the seasonal fruit and berries ($14) and the farm fresh egg omelet (pepper and onions, home fries, toast; $26) while I ventured into the black caviar egg white frittata (with smoked salmon, scallions, spinach, and cream cheese; $31). Yessir, those are NEW YORK CITY prices, aren’t they? And what’s with the relatively minor price differential between the omelet and the frittata? The food was competent, but nothing to write home about. In fact, my frittata was oddly bland despite a tapestry of caviar and salmon. But we were their for the history rather than the food. Oh! And we were there for the cat!

The Algonquin is also famous for its cats, a tradition since the 1930s to allow a cat the run of the place, at least until 2011 when the city’s health department restricted the cats’ access to the non-food areas (the storied cat at the time, Matilda, had her own chaise lounge in the dining room). These days, the cat of the house’s range is restricted by an electronic fence and tended to by a Chief Cat Officer. All the male cats have been named Hamlet while the females have been named Matilda. Just as it looked like meeting the house cat would be a bust, Hamlet VIII wandered out the back and onto a baggage cart near check-in, posing for photos and receiving scritches. Every summer, the hotel holds a feline fashion show as a fundraiser for NYC’s Animals.

Would I come here again for the food? Probably not. But would I recommend it if you’re a major Dothead and love cats? You betcha. Sometimes a place is about more than the food. 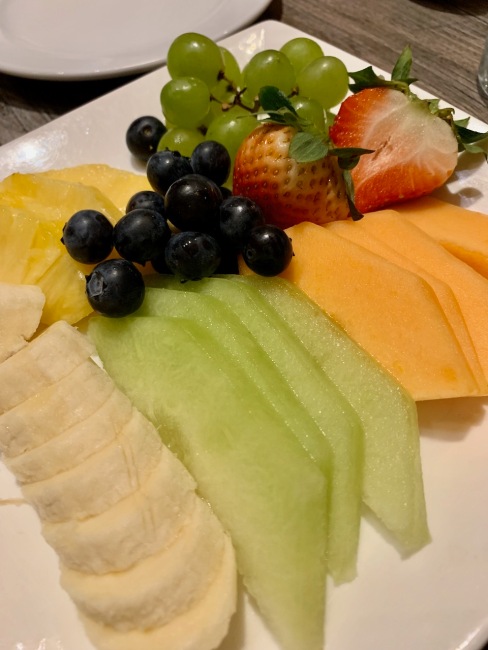 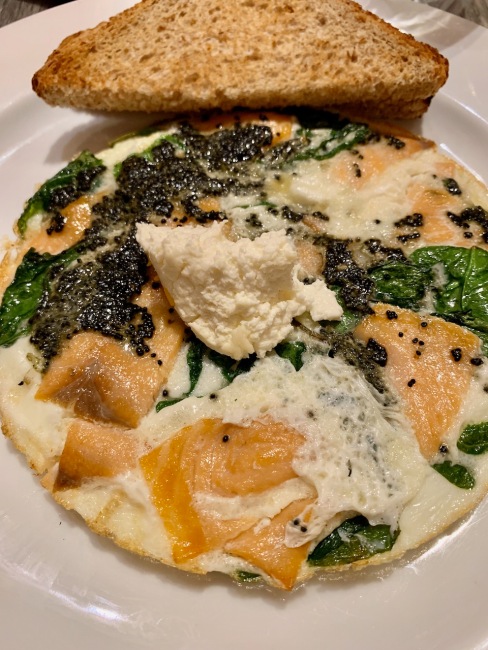 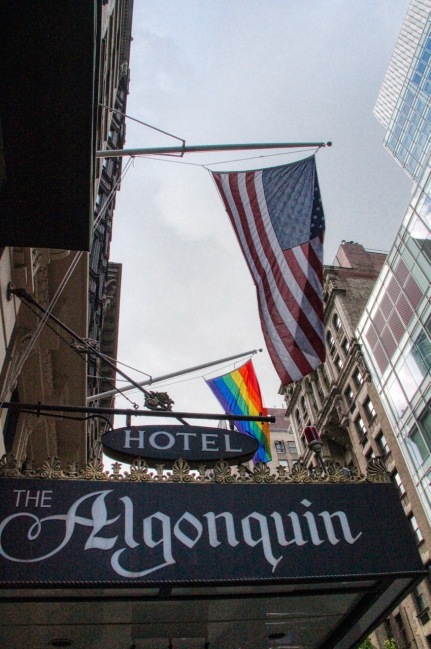