P. Terry is something of an icon in Austin. He started his Googie-infused burger stand and in the process took over the town with his brand of inexpensive, Austin-y burgers. The more successful he’s gotten, the more Googie he’s gotten as well, something I appreciate as an architecture aficionado. Do you go to a P. Terry’s to get a gourmet hamburger? Oh hell no. But for a good burger with some interesting options (and beer!), it’s a no brainer.

That brings us to Mr. Terry’s new concept: Taco Ranch. Evoking images of a West Texas stampede of tortillas filled with deliciousness, I was, of course, excited at this new endeavor. But then, all it takes to excite me is the word ‘taco.’ As expected, Taco Ranch (two locations at the moment) brings strong architecture and interior design chops, although it comes off a bit cartoony or even Fred Flintstoney.

Things went awry quickly after perusing the menu. I felt like the teary-eyed kid that opens up his sole Christmas present to find a lump of coal: Is that all there is? Your choice of beef, chicken, veggie crumble, or refried beans with lettuce, tomato, and cheese. That’s it for the tacos, folks. I kid you not: That’s it!

You do have four tortilla choices: soft corn, soft flour, hard corn, hard flour. “Hard flour?” I asked. “Yeah, you know, how when a flour tortilla gets kinda hard. Kind of like that.” Hmmmm, I thought to myself. A stale flour tortilla?

There are other items on the menu, including a chalupa, tostada, burrito, quesadilla, nachos, and a taco salad, but the shock of such a limited taco palette left me shaking my head. In this town full of magical tacos, many served up from grimy trailers in gas station parking lots, why even open this place up?

The bride liked her tacos, giving them a thumbs up for serving hard shells, something you almost never see in Austin. And we both enjoyed the pop of cold tomatoes. We didn’t have one, but they have a frozen strawberry margarita. But shells and the temperature of tomatoes (and one margarita choice) does not a great taco joint make.

The bride argues that I have to put the Ranch into the context of its intended target: Taco Bell. But that’s like wrestling with a pig: You get dirty, and the pig enjoys it. And dare I say it (crosses chest with the sign of the cross; kisses fingers)? Taco Bell is better.

For a Friday night, the place was pretty empty with only three parties, including us. When the clock struck 10 pm, the manager started giving away free churro brownies (since, I assume, they were fixin’ to pass their best-by dates). I so wanted to be impressed by our trip to the Ranch, but this place is, as the old Texas saying goes, all hat and no cattle. 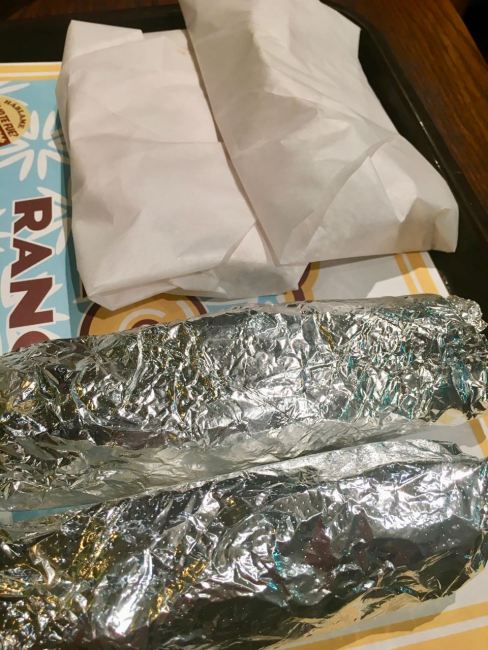 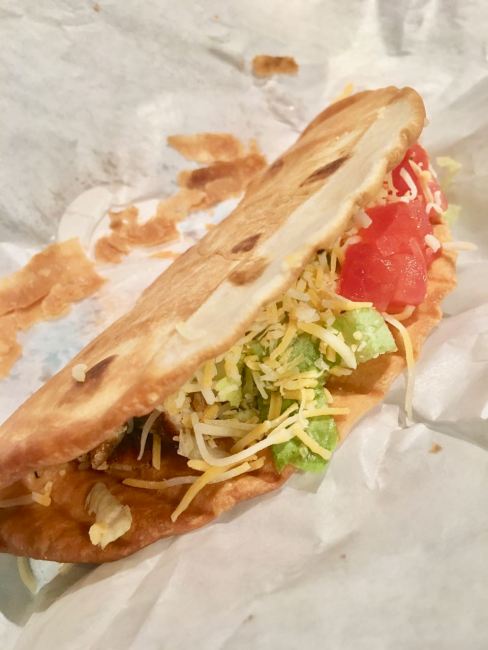