Great expectations can require great leaps. If the hype and build-up are too much, then the delivery can disappoint, even if it would be spectacular with more earthly expectations. Perhaps this is why celebrity chef Kristen Kish waited seven years after winning Bravo’s Top Chef before opening her first restaurant. But with a backstory as important as food for a successful high-end opening, those expectations can return, as they did with Kish’s Arlo Grey.

Kish was born in South Korea and grew up in Michigan before attending Le Cordon Bleu in Chicago and working at Menton in Boston. She won Top Chef after first losing and then working her way back up through Last Chance Kitchen. After her win, she taught, wrote a cookbook, co-hosted 36 hours on the Travel Channel, and—now—opened Arlo Grey in Austin.

Arlo Grey is the spotlight restaurant for The LINE Austin, formerly the Raddison. The LINErs expertly transformed the 80s beige overload of the Raddison (I once played the theremin at a law conference there…) into the Brutalist lair for a wealthy post-apocalyptic hipster. The first-floor restaurant continues this theme with a collaboration between local hero Michael Hsu and LA’s Sean Knibb (who excels at concrete dabbed with design explosions). The decor crackles with elements from Hish’s life, including the children-booked theme of the women’s restroom, a significant Instagram get in Austin. The overall feel is cold and organic—distant with a warm peck on the cheek—while the ceiling swirls with seasicky swooshes.

We stopped in randomly on Christmas Eve, not exactly dressed for fancy. The hosting staff did not receive us warmly, especially when it became clear that we did not have reservations. “You can sit at the bar,” came the cold response for a restaurant that was 90 percent empty (the place didn’t fill up during our visit). We prefer to sit at the bar anyway, but yeesh: what’s with the attitude? Fortunately, the bartender was lovely and a good caretaker. As a nice touch, a handwritten note from Kish on the special Christmas greeted us.

The mixed drinks we tried were top-notch: not too challenging but tropical and smooth. The Devil’s Backbone (mezcal, pineapple, and lime; $15), which I ordered because it references the geographic feature in the nearby Hill Country on Ranch-to-Market 32, was balanced and easygoing. The Bride selected La Desirade (rum, cognac, pineapple, and oat milk; $15) and found it steady and carefree.

For appetizers, we tried the Snapper Fritters (with Calabrian chili mayo, preserved lemon, chive; $6 at happy hour) and the Fried Steam Buns (with avocado, everything spice, and seaweed; $8 at happy hour; $11 otherwise). The fritters reminded us of the cod balls we had in Newfoundland, where the fish flavor was gloriously favored. The sauce under the fritters made us wish we had brought our mini-spatulas. The steam buns were good but not particularly memorable.

As a holiday bonus, Arlo Grey presented patrons with complimentary Christmas drinks from Puerto Rico called coquitos, eggnog made with rum and coconut milk, an idea that came from one of their staff members (and a great way to celebrate employee diversity). They were a fabulous aperitif before the main courses.

For mains, the Roasted Cod (with sweet potato, lemon glaze, and ginger; $21) from the specials spoke to The Bride while I chose the Tortelloni & Burgundy Truffle (with soft-cheese, braised greens, local pumpkin, and pecan & sourdough; $18). Both dishes were beautifully plated (although hard to see and photograph in the low evening light). The cod and the sweet potatoes tasted like the first Thanksgiving if it had been held a bit farther north on the eastern seaboard while the tortelloni also evoked fall and a stroll through the forest.

For dessert, we enjoyed the Tuscan Apple Cake (with persimmon, crème fraiche, and brown butter; $10) from the special menu. Persimmons remind us of The Bride’s grandma, who had a persimmon tree in her back yard and split the seeds to see what kind of winter was coming (as well as making persimmon pie). With all the competing flavors, we weren’t able to find persimmon on our tongues, but the plate ended empty (with us wishing for mini-spatulas).

All in all, despite the attitude up front, it was a good evening. With so many great restaurants to chose from in town, we’re not sure, after only one visit, that Arlo Grey sets itself apart from other establishments outside of the location and the celebrity chef. Nonetheless, it’s flattering that the likable Kish chose Austin as the home for her first child, Arlo Grey. We’ll try to come back when the light is better and perhaps try the burger, which Food & Wine singles out as a “damn good burger.” Other reviewers (and eaters) have made a lot of the prices at Arlo Grey, but they are no higher than other high-end spots in Austin (perhaps Kish’s celebrity status pulls in the Cracker Barrel crowd who gets shocked by an $18 burger).

What others have said: 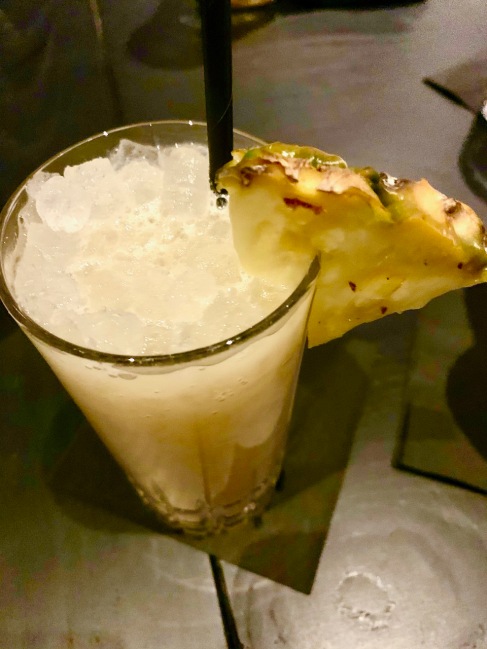 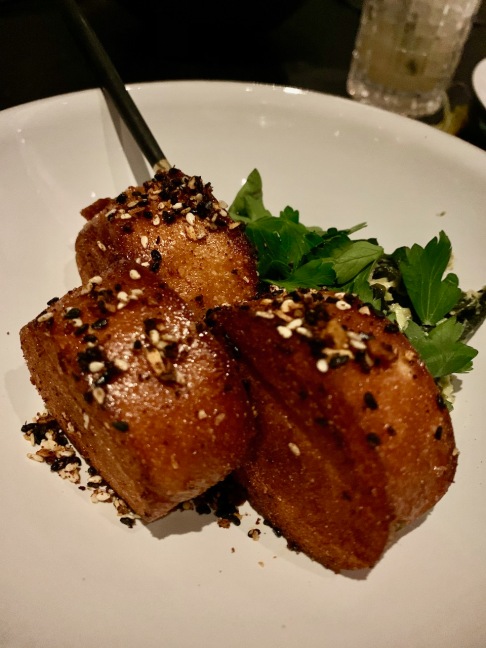 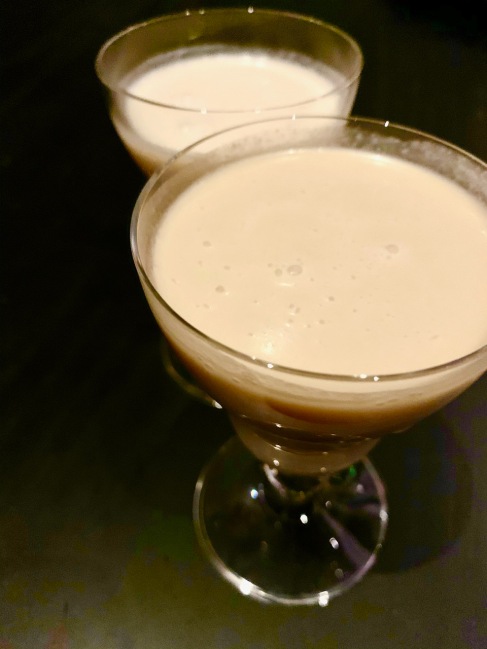