Closings, rebrandings, and axings, oh my! Blue Star Kitchen shut its doors due to increasing rent and taxes (which makes me wonder if Gusto‘s days are numbered…). Daphne’s Mediterranean, the rebrand of Noon Mediterranean (which was a rebrand of Vert’s), is now slinging chow in West Anderson Plaza. Fluff Meringues & More (aka The Fluffery) opened at 4800 Burnet and serves a variety of deserts, some breakfast items, and tea from England.

In what is now becoming an annual tradition, Bryce Gilmore, chef and owner of the infinitely good Barley Swine, was nominated–for the seventh time–for a James Beard Award (and just made the finalist list). Oh! And High 5 now features axe throwing (which is where Chef Gilmore should spend the evening if James Beard doesn’t call his name on May 6th).

Up Burnet Road Pars Deli closed, Le Bleu now has a dinner menu with table service, and Veracruz All Natural is now open for dinner. And if you’re a Lala’s regular, patrons are reporting that they are getting towed when they park in Justin Plaza. With the sign up (but covered) and the lights and fans on,  Dip Dip Dip Tatsu-ya (next to Tacodeli) is oh-so-close to opening (spy photos below). Parking at Centennial Center is already a noontime beast with Tacodeli and T22 Chicken Joint; remember that there’s lots more parking out back.

In other news, Eater Austin reported that a food incubator called Kitchen United is opening up at 8023 Burnet (next to Bill Miller Bar-B-Q) with an emphasis on delivery, pick-up, and catering (no dine-in). Kitchen United reminds me of Sumptuary, the concept kitchen by Foo Swasdee (of Satay), Jack Gilmore (of Jack Allen’s Kitchen), an others to create a shared (and rentable) restaurant space near the old Satay for pop-up meals by local, regional, and international chefs, something I reported on a year ago. It’s been radio silence ever since (and their web page is down).

I wrote this for the Allandale Neighbor 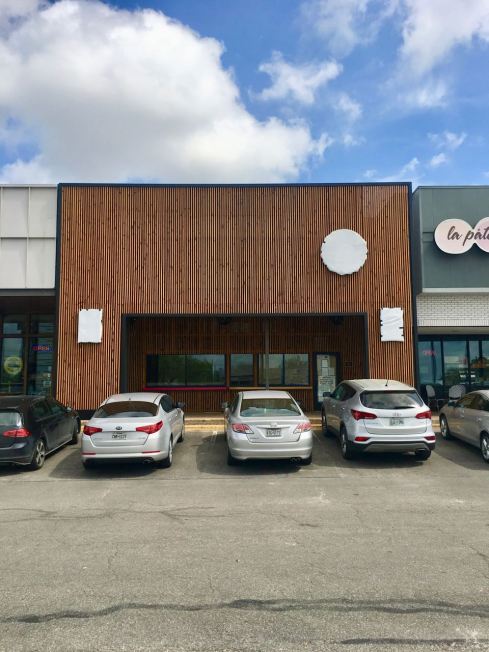