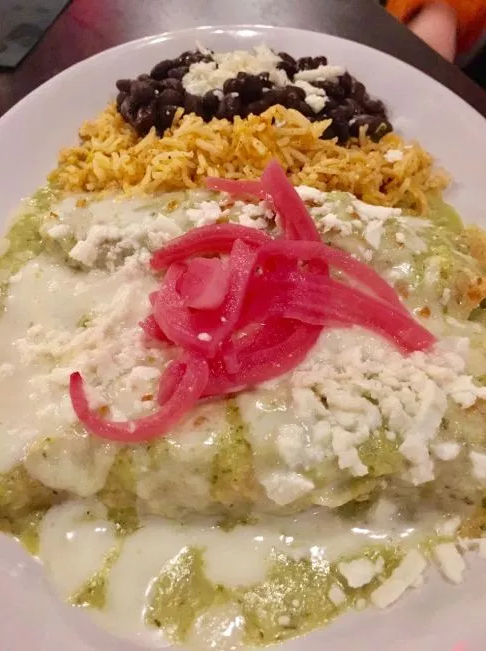 Recently opened and earning raves on the local listservs is Cielo Bistro Mexico at 7032 Woodhollow in the former location of El Arroyo. Chef Charles Mayes of Cafe Josie has artfully created a menu of Mexican cuisine from northern Baja (seafood!) and northwestern Mexico with a focus on natural and fresh ingredients. Even the housemade corn tortillas are made with houseground corn from the Aztec homeland.

The decor is rather austere (a la Bonhomie [RIP]) with oodles of reflective surfaces, which means Cielo is one tipsy extrovert away from inducing migraines (this is not a whisper-sweet-nothings-to-your-sweetheart kinda place), but the food heartily confirms the listserv reviews. The appetizers (called “Primero” on the menu) include calamari, Gulf shrimp, redfish, oysters, pork stew, and popcorn pozole; you could definitely tapas a meal out of the Primeros. We’ve tried the Salsa Flight (Salsa Pasilla, Salsa Taqueria, Salsa Escabeche; $7) with the housemade tortillas (which are, indeed, something special) and the Calamares Fritos (crispy calamari with chipotle aioli; $12), both good.

The mains really had us ooo-ing and ahh-ing. The Enchiladas de Pato con Mole Poblano (braised duck confit, mole poblano, crema, toasted sesame seeds with sofrito rice and black beans; $20) was everything I hoped for: A symphony of deep and savory flavor. The Enchiladas de Pollo y Rajas (braised chicken and poblanos, quesos Oaxaca and asadero, chile tomatillo, crema, and pickled red onions with sofrito rice and black beans; $16) was similarly delicious–and probably the best tomatillo chicken enchiladas we’ve had (and that’s saying something!). The margaritas (~$10) were also the best we’ve had in many years (which we define as not sweet with space to taste the nuance of the tequila). Be forewarned: they are Uber-requiring strong.

April 12, 2019 update: Back to dig deeper into the menu! Tried the mushroom sopes (good with a spicy red salsa), the pepita-crusted redfish (perfectly prepared and delicious; highly recommended), the carnitas (didn’t blow the fork out of my hand, but bonus points for chicharrons on top), and a gentle scoop of  housemade Mexican vanilla ice cream (easily the best we’ve ever had). The margaritas remain stupendous. 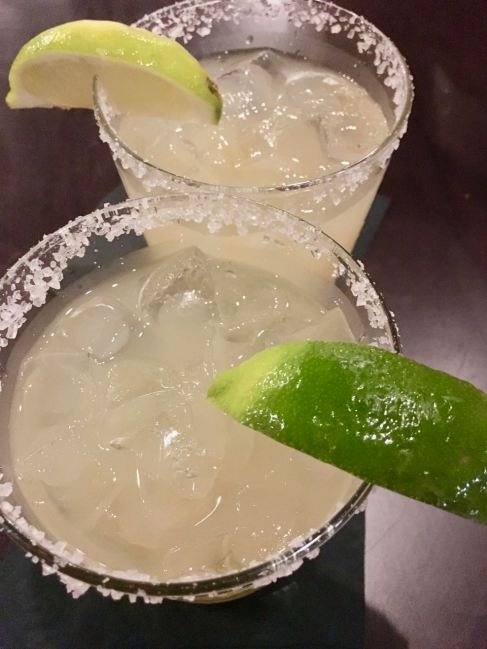 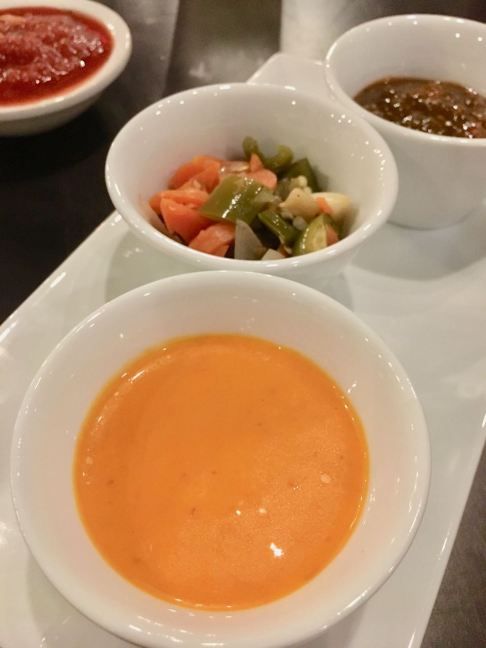 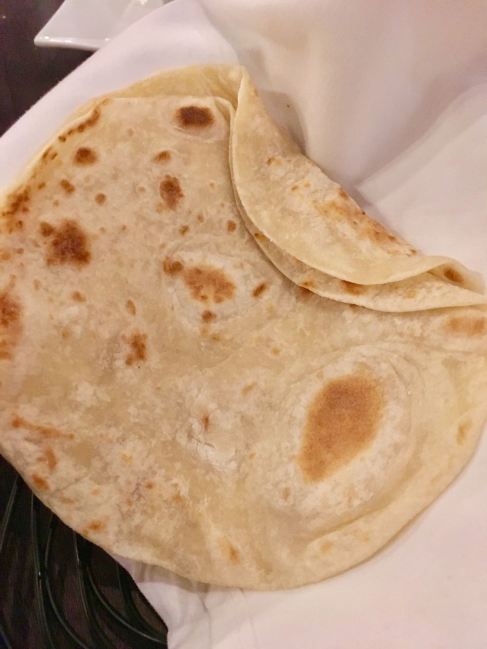 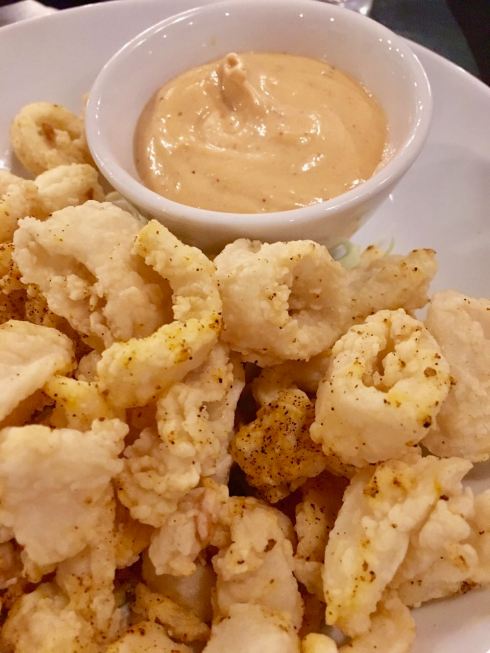 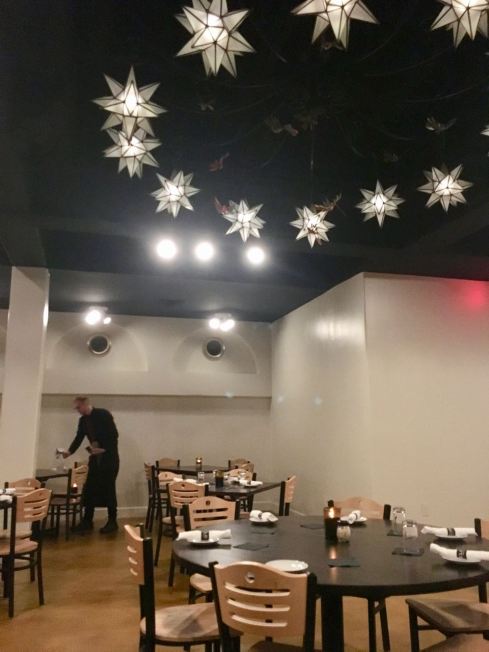 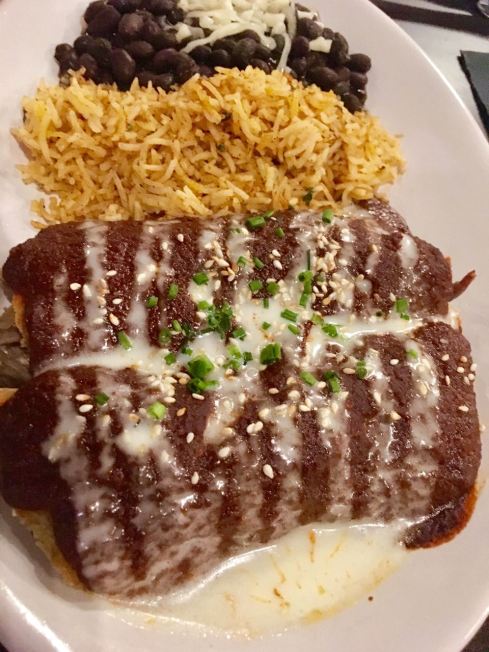 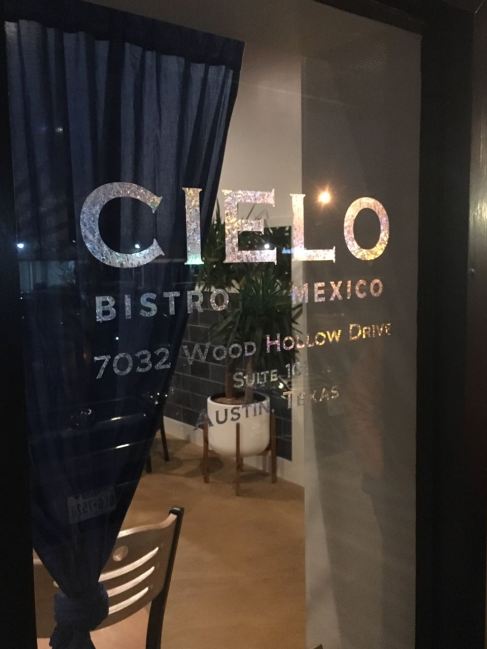 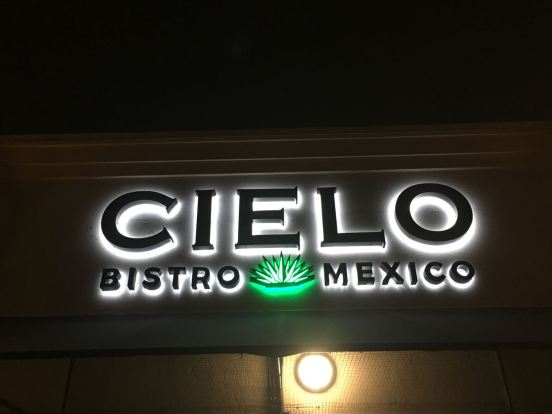 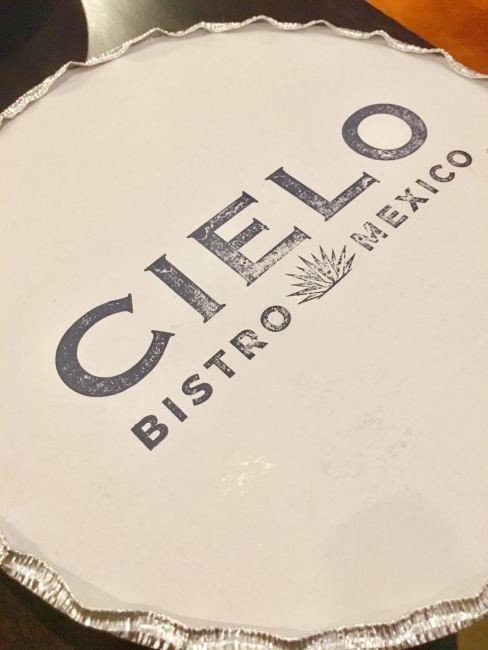 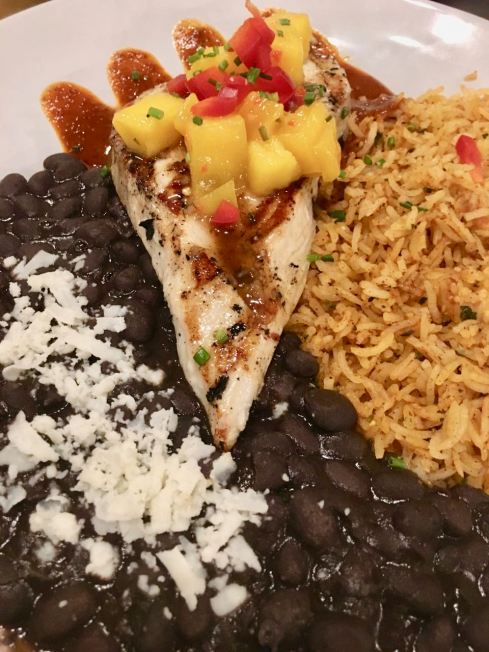 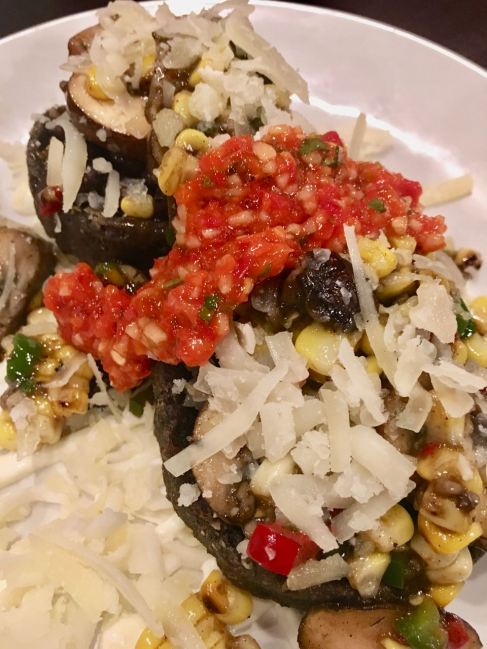 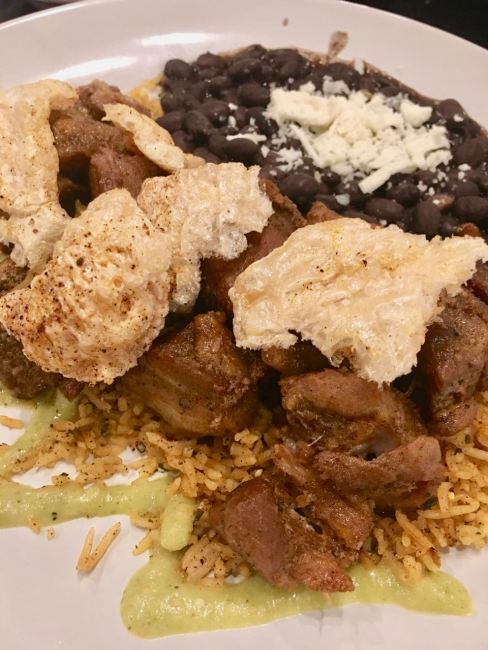 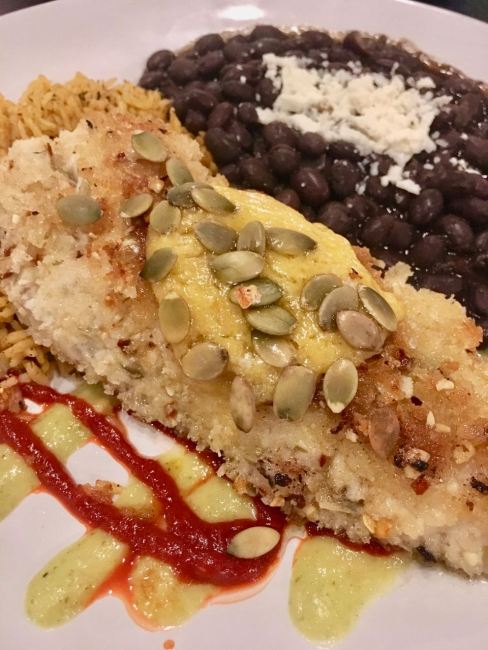 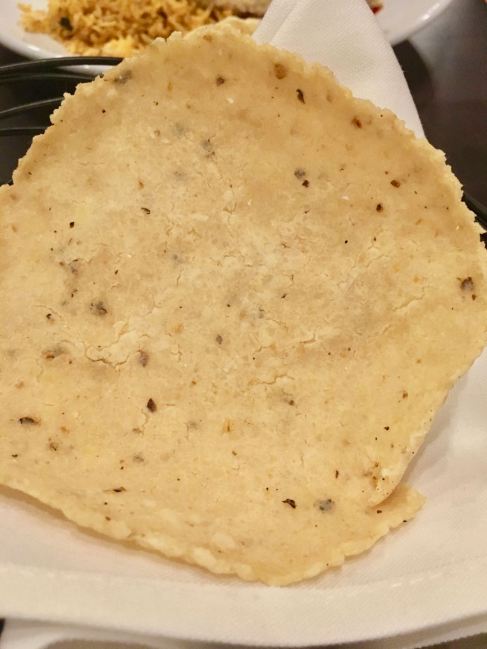 One of those fabulous corn tortillas! 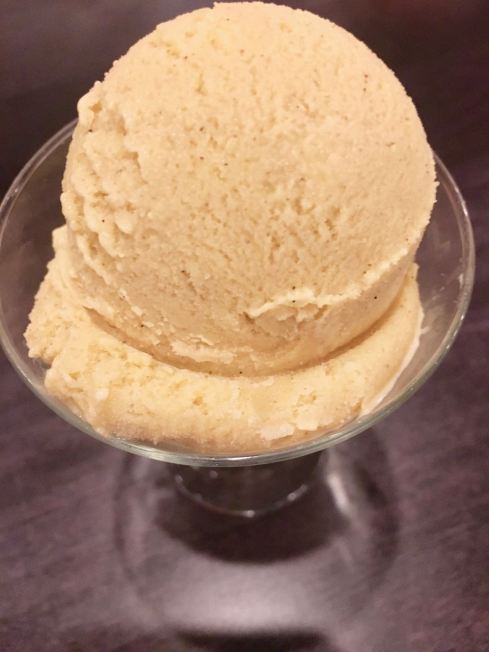 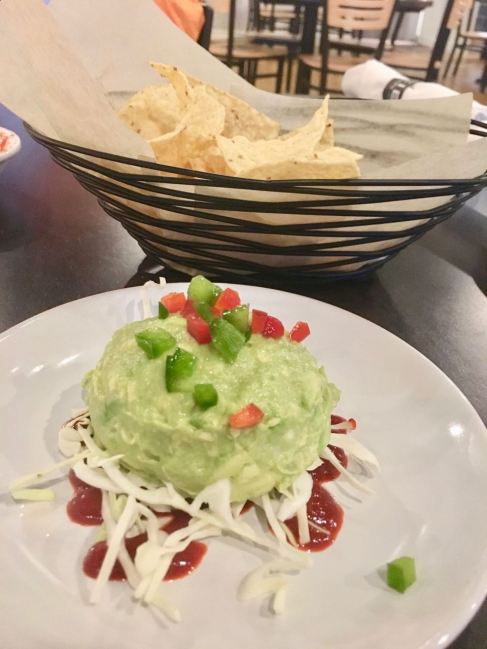 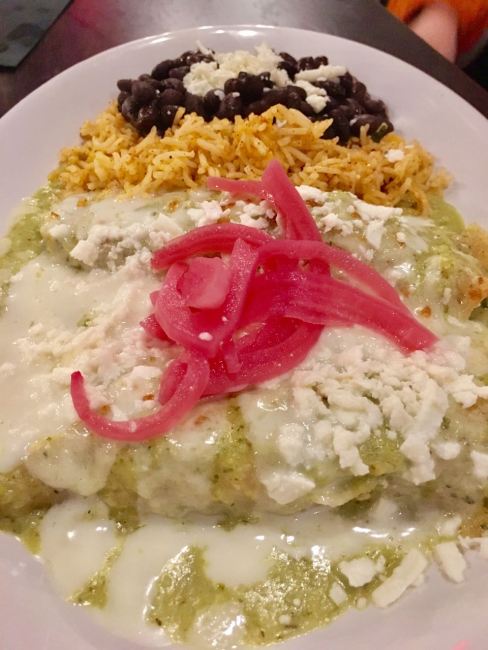