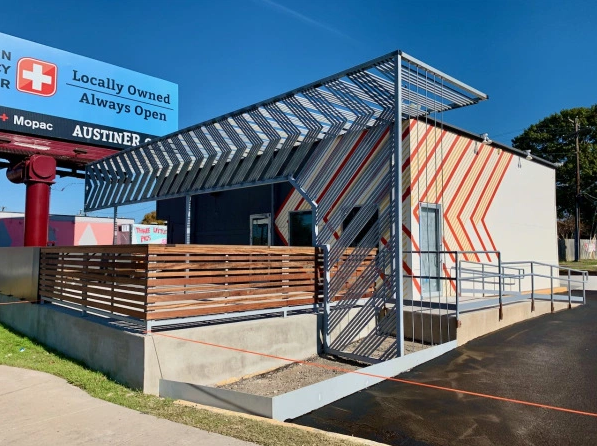 When one door closes, another opens…

Old Thousand, a hip Chinese restaurant on East 11th, announced that it would open an outpost in the space recently occupied by Noble Sandwich Co. on Burnet. Sunrise Mini-Mart announced plans to open a natural wine and tapas bar next door on West Anderson Lane in the spot East Side Pies recently vacated. We’ll soon have a closer source for Elgin sausage when Southside Market & Barbeque opens on NoNoBu (north, north Burnet) in the Shops at Arbor Walk. Sadly, Cielo closed this past October. Although the space was louder than an angry divorce, the food and margaritas were first rate. Also closing is Doc’s Motorworks at 38th and Medical Parkway.

Austin’s (ahem) second-best restaurant reviewer (Matt Odam at the American-Statesman) released his annual best-of list and included Barley Swine (#7), Le Bleu (#21), Bufalina (#26), Eldorado (#42), and Veracruz All Natural (#44). Too late to make it into his Top 50 list, he recently gave dipdipdip tatsu-ya a 9/10 rating, surely earning it a top 10 spot next year. Austin Monthly included dipdipdip as one of its best new restaurants of the year. Texas Monthly gave dipdipdip and Rosedale Bar+Kitchen two-star reviews. The Austin Chronicle’s Readers’ Poll listed dipdipdip as the best new restaurant, Jack Allen’s Kitchen as the best weekend brunch, JuiceLand as the best juice/smoothie, Hopdoddy Burger Bar as the best burger, Torchy’s Tacos as the best tacos, and Amy’s as the best ice cream.

In a sign of the times, Barley Swine and Emmer+Rye announced that they were the first two restaurants in Austin to be certified as carbon neutral. And with a splash of redemption, Philip Speer’s new place, Comedor, located downtown in a Kundig-designed space, was named one of the best new restaurants in the US by Esquire (and ranked #6 in town by the second-best restaurant reviewer in town). Speer, if you recall, opened the before-its-time Bonhomie on Burnet.

I wrote this for the Allandale Neighbor.