“So what’s a local dish I should order from the menu?” I asked one of our hosts, a geology professor at UNAM. He perused the menu and smiled.

“You should order the Tuétanos Con Escamoles al Mezcal, a local delicacy, and the Quesadillas de Maíz Azul y Huitlacoche,” he replied.

The menu at Josefa in Querataro didn’t provide a description or translation of these items.

“The first is bone marrow topped with ants eggs and the second is made with corn smut.”

Intellectually, I’m somewhat fascinated with eating insects, but there’s also a large part of my subconscious that is decidedly not impressed. Nonetheless, I’d been wanting to try more insects (escamoles) since the bride and I ate ants at Xochi in Houston, and corn smut (huitlacoche) was on my bucket list. A seating partner was up for a share, so off we went!

When the Tuétanos con Escamoles al Mezcal arrived, we spent several minutes visually inspecting the dish, basically a half-bone topped with a large-grained something or the other. Could the something or another be the ant eggs? They were HUGE! The size of LENTILS! After a quick tableside google, I confirmed their identify: giant ant eggs. “Wow!” wowed my culinary co-conspirator. And with that, we burrowed in.

Ant eggs, it seems, don’t have much flavor, although I detected a slight nutty flavor. “Protein!”  yelped my intellectual side. “You’re eating insect embryos,” whispered my subconcious. “They’re going to hatch inside of you.” Fortunately we had great 3V wine from Casa Madero, the oldest vineyard in the Americas (since 1597!), to wash down the insect pupae. “Which came first, the ant or the egg?” asked the wine after the third glass. My stomach gurgled.

I’ve had bone marrow before, once at Barley Swine in Austin. In the Swiner’s version, the chefs extracted the marrow, did something cheffy with it, and placed it back in the bone before serving. It’s a deliciously rich dish the bride and I still remember and speak of fondly. This marrow was cooked in-situ—left in the bone. “I’m finding the marrow more challenging than the ant eggs,” exclaimed my neighbor of nosh. That was saying something. “I’m doing OK with it,” I responded, right before hitting the gelatinous mass that he was struggling with.

The corn smut quesadillas were tame after chewing on ant eggs for 10 minutes, although there was a moment when the galls of the pathogenic fungus Ustilago maydis  unappetizingly oozed from the side of a forkful. I couldn’t assign a flavor to the smut. Maybe that was for the best.

I didn’t get many more chances to savor the local cuisine. I was there on business with lunches provided at a university cafeteria, although I discovered Café de Olla there, a Mexican coffee steeped in piloncillo (unrefined cane sugar) and cinnamon brewed in and served from a large clay pot (olla is pot in Spanish) into traditional brown, bulbous clay mugs. The complimentary breakfasts at the hotel were delicious with a smorgasbord of local dishes and fruits.

We spent a short evening in San Miguel de Allende where I was forced to choose between fine food (the upscaled locavore Áperi looked stunning) and photography (storm clouds, sunset, golden hour, and quaintness galore) and chose photografias. I was able to grab a quick bite at the bar of Hecho in Mexico where a dang good margarita, a bottle of gassy mineral water, and an enormous plate of enchiladas de mole set me back $11.50. I didn’t have any pesos, so I wasn’t able to try the ample supply of streetfood or the popular “nun fart” ice cream. Next time! 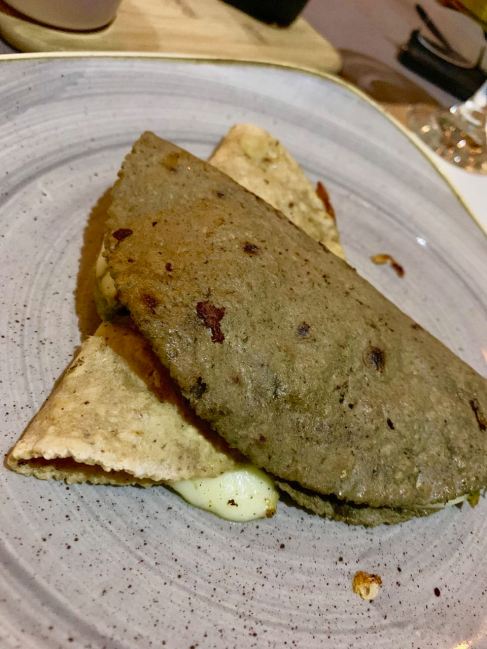 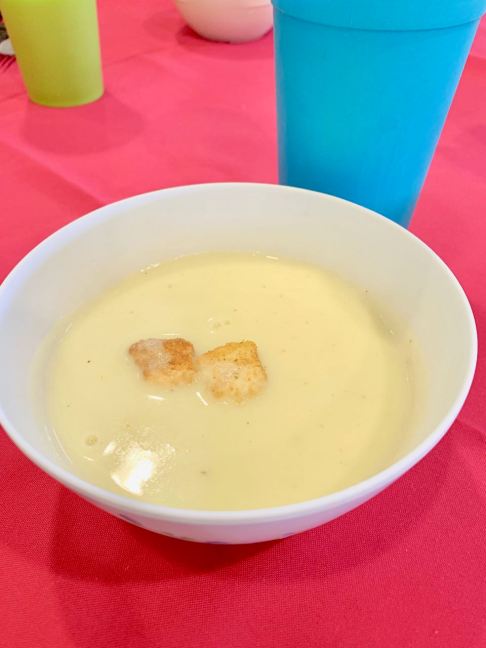 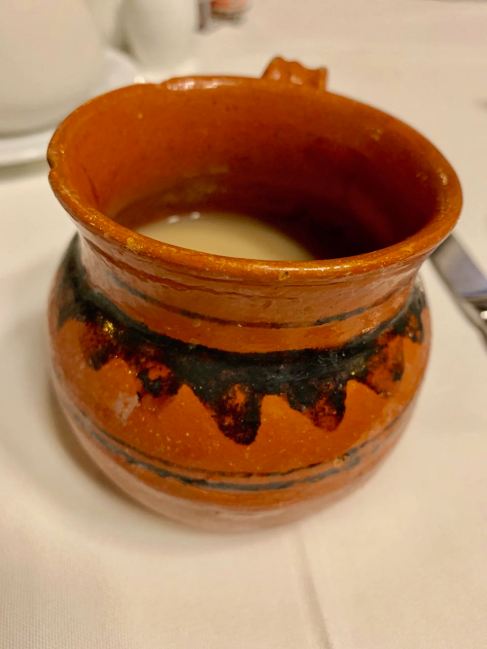 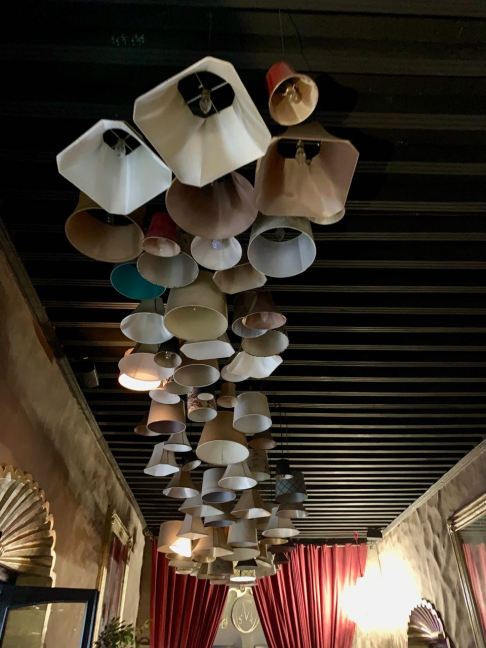 a chocolate cake/flan dessert from the cafeteria 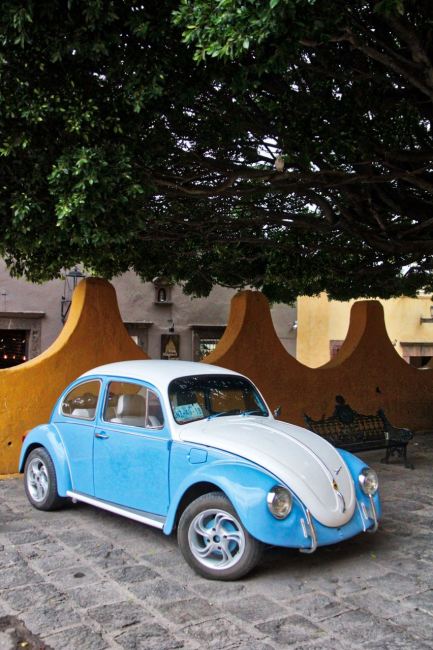 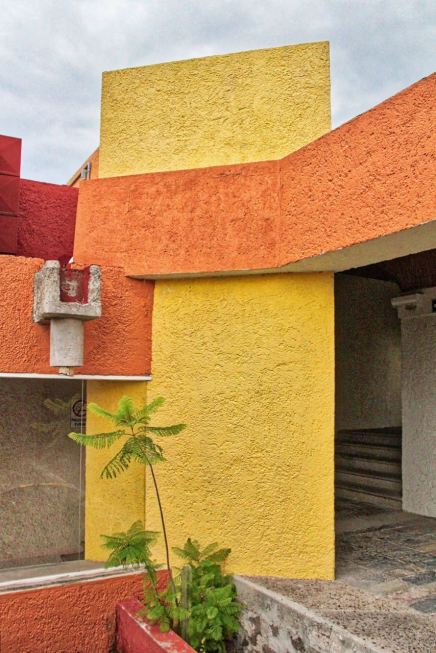 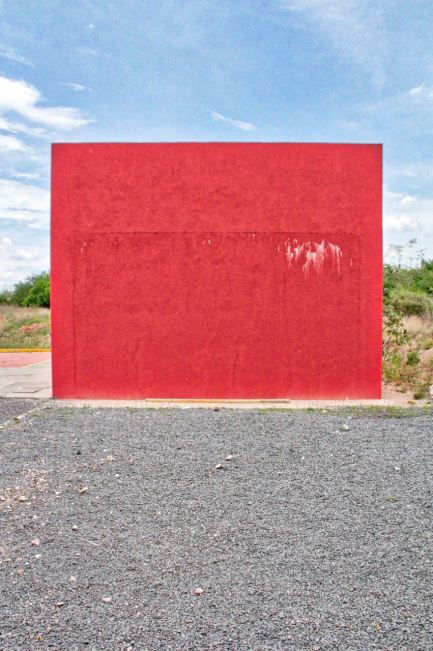 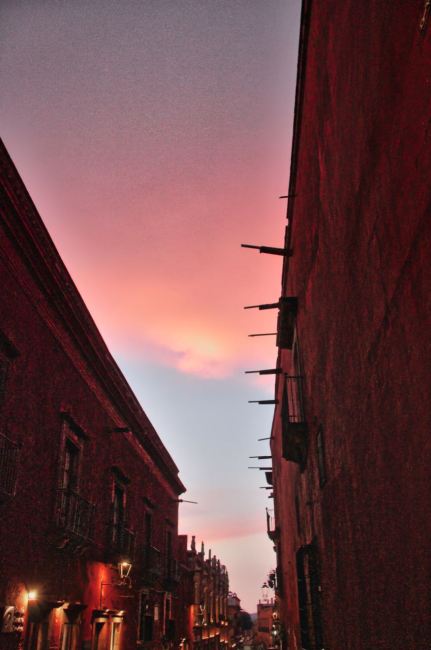 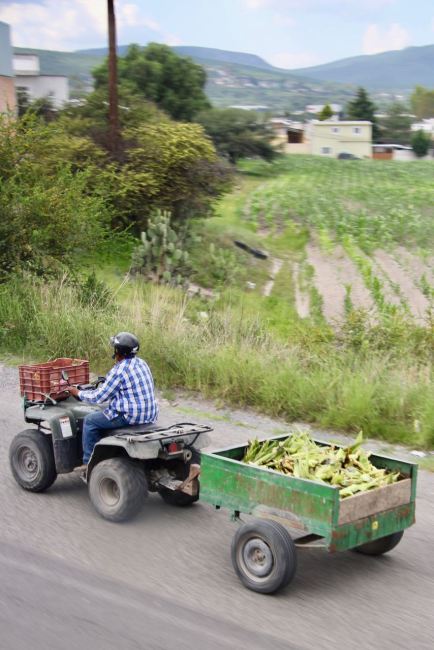 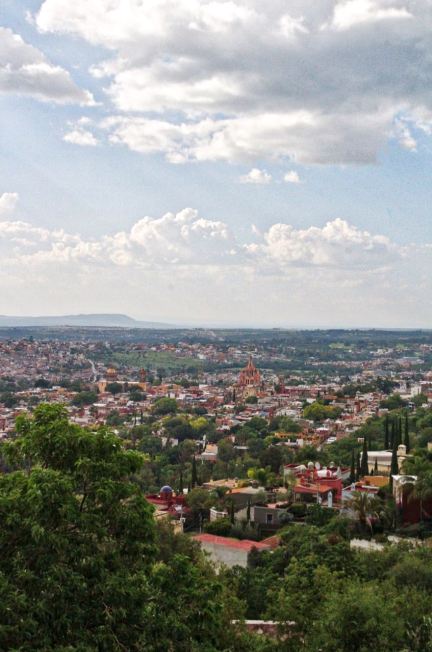 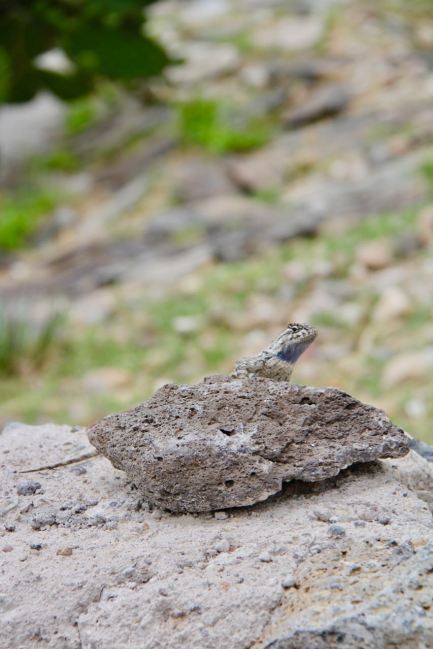 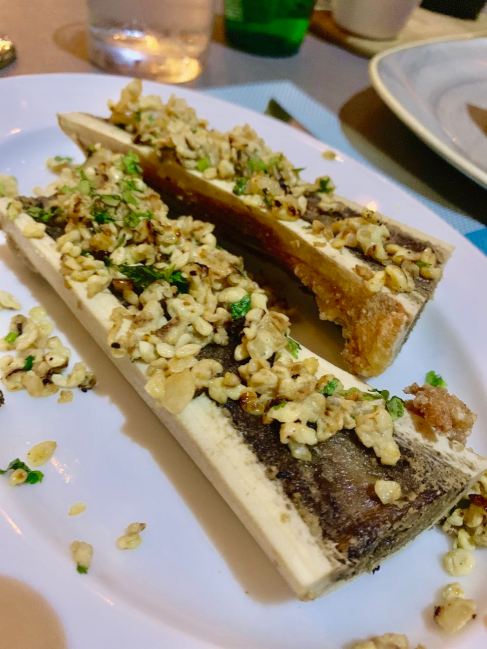