the Mona Lisa of salmon toast

Chef/owner Sarah McIntosh created quite the controversy after announcing her intent to open a cafe/grocery on Hancock Drive in 2012. Having won the resulting zoning battle with neighbors, she quickly won the stomach battle by serving up delicious French-Louisianan fare in a quaint but light-filled Michael Hsu-redesigned space.

McIntosh has an excellent pedigree, having grown up in Shreveport, she attended Le Cordon Bleu College of Culinary Arts in Austin before working at Thomas Keller’s Ad Hoc in California. She returned to Austin as the sous chef at Olivia before opening épicerie (pronounced eh peace air eee), inspired by the French and Cajun cuisine of her home.

The food is precious and delicious, beautifully prepared with French country flair. Even the lattes ($5) have a rustic, artisan appearance assisted by speckled ceramic (and a bit of the bitter, $4). The Beignets ($8) are fresh, fantastic, and served all day. I thought épicerie’s were far superior to those in New Orleans: crunchy, warm, soft, sweet, savory–a perfect yin to the yang of coffee. The Eggs Benedict (housemade buttermilk biscuits, poached eggs, housemade sausage, and hollandaise; $12) was good but not phenomenal. The same was true for the Fried Green Tomatoes (with spicy pickles and piquillo puree; $9), which were visually stunning but perhaps out of season given the tough and tasteless tomatoes. The Duck & Grits (with duck jus and green onions; $16) was good but not I-can’t-wait-to-come-back-and-eat-it-again good. The Quiche ($14) is Texas thick and competently bedded in a flaky butter-rich crust.

A high-light dish is the under-the-radar Cured Salmon Toast (with cucumber salad and farm egg; $16). The plate arrives as a Renaissance still life: it’s so gorgeous you feel like you’re slashing the Mona Lisa at the Louvre with your first bite. The taste and texture palate brushes you from one edge of the plate to the other in a tasty elevation of a millennial powerhouse. The Gnocchi (with cauliflower, wild mushrooms, chervil, and basil; $18) is also tastefully visual (and tasty!), each gnocchi a flavor bomb complemented with garden delights. We haven’t tried the Cheeseburger yet (with cheddar, tomato, lettuce, onion, pickles, aioli, and frites; $16), a patty Austin’s second-best restaurant reviewer, Matt Odam, included in his top 12 burger list in 2013. épicerie has a relatively deep beer and wine menu as well as limited French groceries, including cheese, pre-prepared dishes, and take out.

épicerie is a fine French bistro with flashes of absolute brilliance. Eating through the menu in such a delightful space to find those flashes is half the fun.

I wrote this review for the Allandale Neighbor. 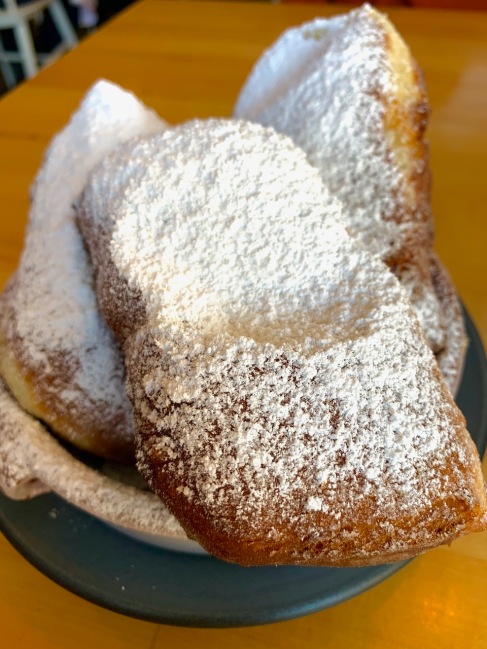 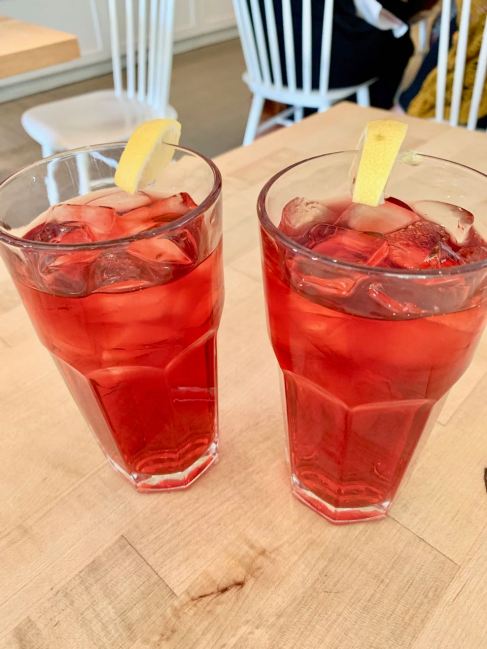 One thought on “épicerie café & grocery”