One of the hardest gets in town since it opened in mid July, dipdipdip–Japanese hot pots from the Tatsu-Ya Twins–required a broth booking 30 days in advance. As spontaneous eaters, that’s a level of pre-planning that we are not accustomed to nor good at. But we made it happen, and it was worth the wait: dipdipdip delivered deliciousness in a remarkable space amidst a new (to us) experience of Japanese brothing.

I have to confess that I’m not a fan of hot pots, mostly from a cooties perspective. Communal boiling broths stirred with spit-festooned slop sticks just creep me the hell out. Lawd knows where my friends’ mouths have been (or if that broth was recycled). So I was overjoyed to see that, contrary to tradition, you get your own damn pot of broth at dipdipdip to sully as you please.

Located next to Tacodeli at 7301 Burnet Road, Tatsu-Ya masterfully transformed a yawn-inducing strip mall location into a could-be-off-a-Toyko-alley shabu-shabu shop once you walk through the door. The space surprisingly sheds the front windows for a dark but intimately lighted spot. Strip-mall restaurateurs take note.

Because of Tatsu-ya’s popularity, there are often outside waits to get into their restaurants, so they’ve wisely built street bars into their recent joints, including dipdipdip. Since we arrived a few minutes early (you don’t show up late to a 30-day reservation!), I ordered a Melting Pot (unaged brandy, blanco tequila, yuzu, Oloroso sherry; $12) and the bride, inspired by our sake-enlightening visit to Kemuri Tatsu-Ya, ordered a glass of Hoyo Genji “Shining Prince” Junmai (Uchigasaki Shuzoten, Miyagi; $14). After a few sips and quizzical glances at the menu, staff escorted us to our table (with an all-staff call-and response as we walked in, in case you wonder what all the hootin’-n-hollerin’ is all about).

Ritual is built into the tables at dipdipdip with hot plates, slots, and specialized shelving for various accoutrements. The multi-purpose, fixed-to-the-floor chair looks like something Frank Lloyd Wright designed. Waitstaff were professional, polite, and patient, asking if we had been before and then helpfully explaining the menu and process (which is, at first glance, a bit bewildering). The evening pleasantly started with warm towlettes that, when wet, expand like 4th-of-July glow worms.

Your first decision after sitting down is whether to build your own shabu shabu or go with an omakase (chef’s choice) ranging from $45 to $95. We decided to build our own, choosing the classic Kombu Dashi broth (yamadashi kelp; $12; she) and the Miso Smokey broth (spicy and smokey chipotle + spicy nabe [fortified chili oil, coriander, green peppercorns, & black cardamom]; $14 ; me). Other choices include Ramen Tatsu-ya‘s Tonkitsu (50-hour pork bone broth), Tonyu Nabe (banrai soy milk & shio koji), and two additional signature dips. Our broths arrived with Koshihikari rice, citrus ponzu sauce, and an addictive sesame gomadare dip occupying the three circular spots in front of the broth. The spicy Nabe (which wasn’t all that spicy) came on the side to control flavor and spice (I dumped it all in). We also received a complimentary box of veggies to kick things off.

Your next decision is to choose what to dip! We initially went with Texas Wagyu ($13), Mugi pork loin ($5), konnyaku (a jelly-like noodle made from potatoes; $7), chicken meatball ($2), grits pockets ($4), raclette pocket ($4), and shrimp & grits ($4). Once everything comes, you dip! dip! dip! The interactive menu is fun and experiential as you try this and that.

Tatsu-ya broths are transcendental on a bad day, and these were no different. Comparing and contrasting different dunks with different dipping sauces was a large part of the exploratory fun. Since you control the dip, you control how long the beef (and whatnot) cooked. I particularly enjoyed the savory dumplings (which come with an hourglass timer) while the bride liked the veggies. The dumplings were chewy and flavorful while the veggies carried enough broth to taste but kept the crisp flavor of fresh greens. The konnyaku were the most unique and challenging given their texture (they looked like raviolis made out of jellyfish), but worth a try.

After ordering another round of drinks (the bride the same; I chose the Kaizen Whiskey [small batch bourbon, kokuto, bergamot, bitters; $12]), a tall cart arrived with additional, non-menu items. After a tour le carte, we ordered two oysters ($6), a plate of raw mushrooms ($6), and ramen ($5) and curry ($5) noodles. Despite the recommendation to eat them raw, we quick-dipped our oysters (delicious!). The curry noodles were spectacular, providing enough curry flavor to compete with the broth. Truth be told, we didn’t need to order anything from the cart, but with the sake in control at this point (and not wanting to miss anything), we partook. We would have declined dessert, but it came with the meal and was thankfully light: a perfect watermelon sorbet.

Dipdipdip is not a drop-in-and-get-a-meal kinda place, both functionally and, depending on your socioeconomic status, financially. It’s only open in the evenings, thus avoiding a parkapocalypse with the Tacodeli lunch crowd and affording the time required to enjoy the meal and menu. With dipdipdip, Tatsu-ya has another hit on their hands. Just keep your grimy hands away from my shabu shabu.

I wrote this review for the Allandale Neighbor. 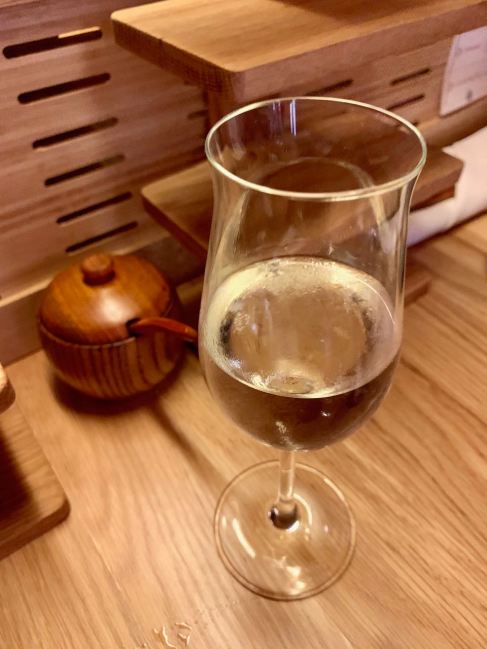 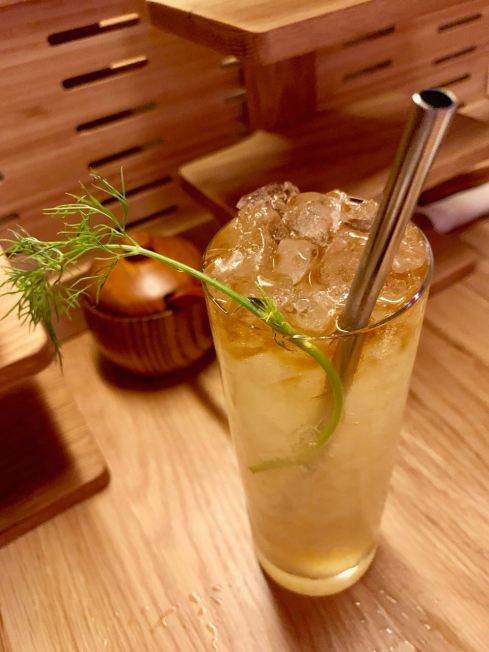 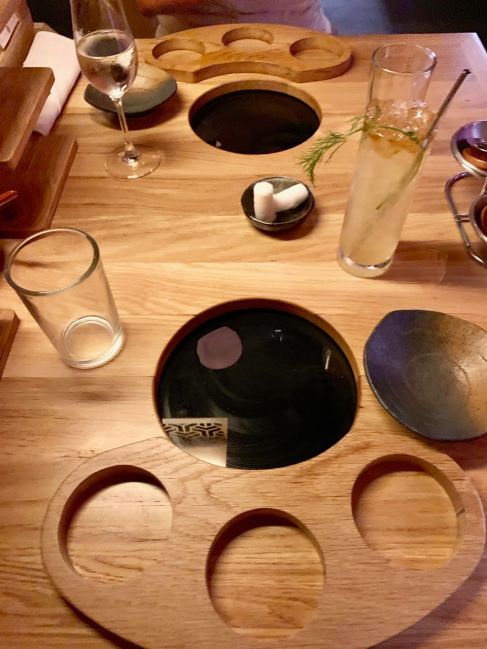 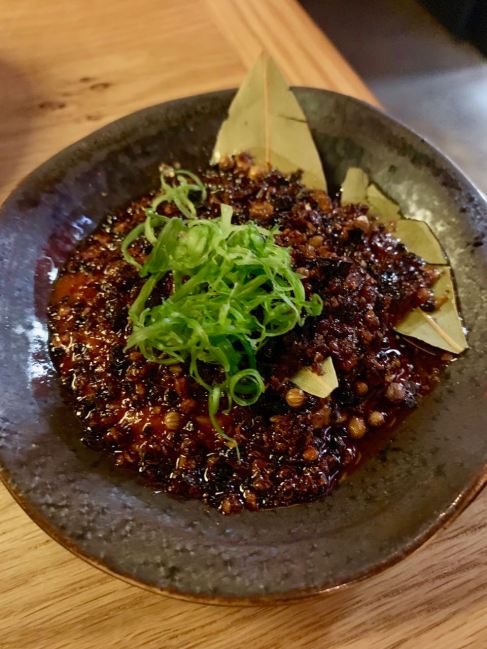 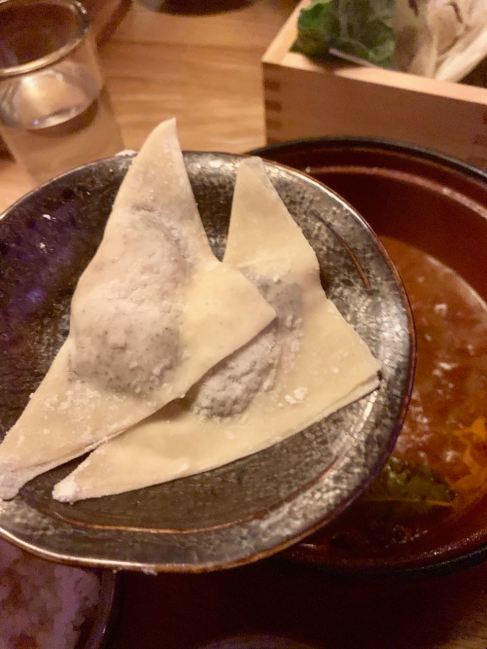 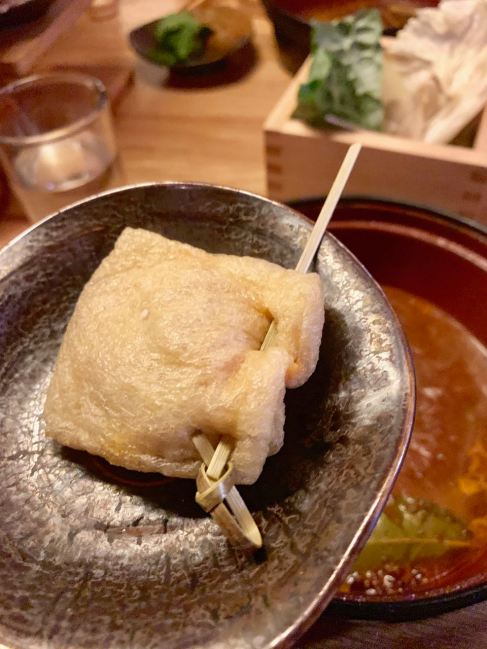 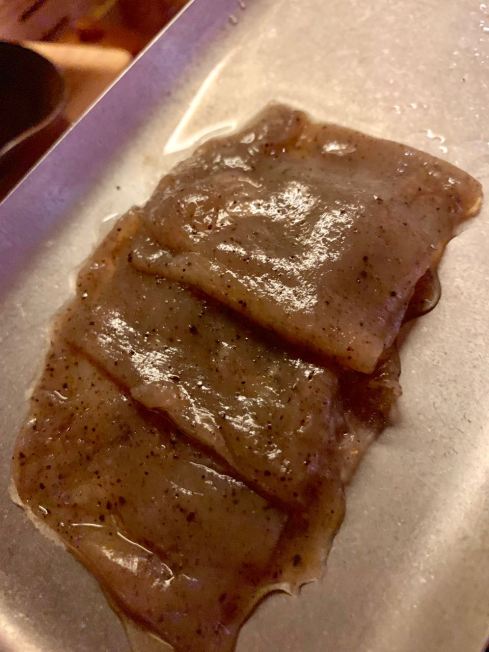 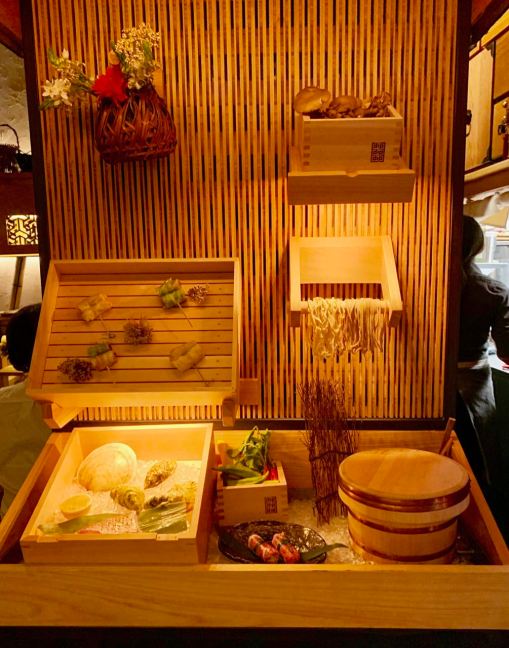 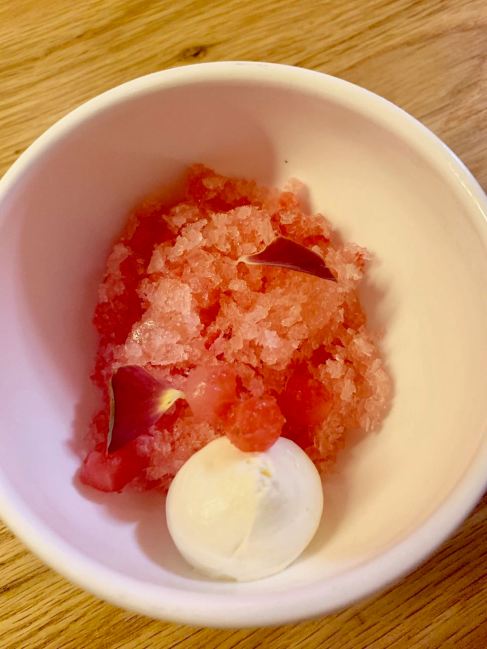